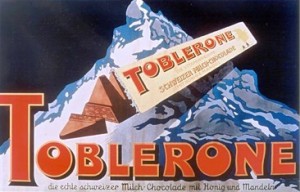 Her back arched in pleasure – you gotta love a stretch, hmm? – and she pushed closed the laptop screen in front of her. “Enough of them for now, Gretchen sweetie I reckon,” she said to herself. Ensuring she always added an endearment to the name calling she did for herself was a way of boosting her self-esteem.

Manipulating the lives of others was a new diversion for Gretchen – and one she hadn’t realised she could do until now. Quite exciting really, but at this particular point in time she had run out of steam. That particular stint of manipulation had taken her rather a lot of time and energy and it was now the sleeping part of Gretchen’s day.

The sleeping part didn’t take place at a regular time – heck, no – Gretchen allowed the time to be dictated according to how she felt. “And I’ve done a good job today, so I fair deserve my rest.”

Fair deserve, she mused. Where had that come from? Sometimes, these little bits and pieces of speech surfaced from out of nowhere. She hadn’t been conscious at all of searching for a word to use, that word appearing and then her thoughts consciously wrapping around the words and them becoming a sentence in her brain.

Gretchen wrinkled her itsy-bitsy button nose. “Not again Gretchen sweetheart, I think.” Origins paralysed one. They held you back, they prevented you reaching your potential and they… well, they sucked, they sucked like soor lemons…

She stood up and shook her head vigorously, willing the words out of her mind and fixing her glance on her surroundings. Best to think of the present, rather than the past. If she had been asked beforehand to imagine the kind of place that Nanking was before having arrived there, Gretchen would have summoned up an old-fashioned school building, its rooms populated by people working industriously.

The reality was very different. Nanking was a huge, complex building – all of its storeys made up of masses of corridors, cool marble floors and its occupants always just out of easy visibility, scurrying between rooms. If they were in fact working industriously, then Gretchen had seen no evidence of it.

Her own room was very comfortably appointed – the furniture changing periodically, from standing desk to king-sized bed which what had appeared just now. As Gretchen made her way to it, anticipation of its soft embrace at an all-time high.

“A chair, then, Gretchen sweetpea.” A deckchair dangled just beyond the scope of vision of her left eye. “Ah, c’mon!” The chair raised two inches off the floor and jiggled from side to side, its canopy changing from jaunty pink and white stripes to red velvet and bones of the chair fleshing out into softer, larger cushions. Nice, nice, nice…

Gretchen whirled round, using the second or so of activity to compose her features from fuck-sake irritated to pleasant surprise. She was not sure if she managed the change in time.

“Nanking! Fabulous darling.” As well as endearments used in self-address, Gretchen liked to borrow from indulgent language for all of her dealings with the, what she referred to as, the Nanking-ers.

Nanking smiled briefly. He was not a man of many words and believed in wasting not a single one of them. She extended a hand, palm turned upwards and Gretchen took the hand trying not to flinch. It was a very, very cold hand.

Nanking tipped her head to the side, indicating, Gretchen supposed, that they move from her own room to some other part of Nanking’s realm.

“I can’t sleep then?” she asked. Nanking, as usual, did not reply – the obvious answer must be no.

She did note, with interest, though, that he was taking her to a part of the realm she hadn’t visited before, three storeys above. This must be, she reflected, another of Nanking’s lessons. There hasn’t been many of them, but they had all been enlightening.

The room they entered had a number of people who all looked up when they two of them came in – an equal mix of men and women ranging in age from teenagers to OAPs.

Nanking introduced her and she stuttered through her memorised introduction, “Hello! I’m Gretchen!” The exclamation marks were deliberate and designed to add (or force) enthusiasm.

“My background is in [CENSORED] and I’ve been [CENSORED]. It’s so lovely to meet you all and I can’t wait to hear what you think!” Another exclamation mark, but a much heftier dose of falsehood helped, surely? She was no more pleased to meet them or anxious to hear their opinions than she was to encounter a huge python in an enclosed area.
Gretchen continued to smile. The group smiled back.

“Gretchen, Gretchen?” A small, slight of voice – not confident, but with a kind of determination to be heard, screechy-perhaps? A certain whine to the tone?

“I know what you have done wrong, but I don’t know if it’s fixable without a huge deal of work.”

Gretchen whirled round, almost comic-style. “Do tell,” she said, ensuring her tone kept its usual, slightly flat deliverance. The “I do not give a flying fanny flibberty what you are going to say kind of deliverance”.

“Who are you anyway?” she asked, and the man shrugged. “I’m better known as Alicia Delaney, best-selling author of the Donn Serafino series.”

Gretchen looked none the wiser and the man tutted in irritation.

“Well,” he began and she sighed to herself, with the familiar recognition that this is one who is about to expound his theories and needs no prompting.

“You’re a first-time author aren’t you?” he said and without waiting for her to reply, continued. “That’s why you made the mistake with the swap in the first place. You hadn’t thought it through properly, which is why we all had to pitch in to help.”

He stood up, all the better to make his point, a point which somehow lost its impact when he realised that he didn’t equal Gretchen’s height and she decided to work the old “I’m looking down on you” cliché to full advantage.
Mr Small on the defensive.

Her height advantage made no difference. Mr Small began to tell her in full, excruciating detail exactly what was wrong with her writing. From over-use of clichés to plot holes, extraneous details and too much wandering off on tangents, Mr Small’s description of her novel made it sound beyond redemption.

“It is save-able though. And I suppose it’s a pretty good story.”

Gretchen thought longingly of her room and that huge king-size bed. When she returned there, would the bed be back in place? In fact – it would be wonderful if there wasn’t just a bed, but a mini bar and fridge, stocked with some ready-mixed gin and tonics and preferably a Toblerone or two.

Dispiritedly, she followed Nanking back to her room. Her few attempts at questions – well, what do you think of it Nanking? – had not been met with any answers. Nanking was keeping his opinion to himself. As usual.

He smiled briefly at her as he swung the door to her room open.

The bloody bed was not there – and there certainly wasn’t any Toblerones in sight.

Instead, her desk was back in place and the lap top on it the screen showing a document entitled Chapter One.

Gretchen’s fingers curled up involuntarily. She’d thought her initial bout of manipulation hard enough. It seemed that the hard word was yet to begin.