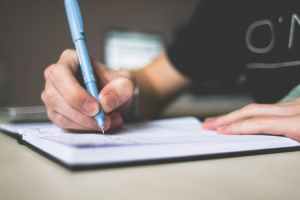 Indie authors know that writing serials are the way to capture a reader’s heart and hook them in. If they love your characters, they want to keep reading about them, right?

Most of the big names in both indie and traditional publishing know serials are essential for read-through, where the reader buys one book and then buys the others an author has written. It helps with e-books especially, as it bolsters earlier books and keeps them ‘fresh’ in rankings.

Crime fiction makes this process slightly easier, as you can use recurring characters – the crime solver – and slowly develop their character through the series, but still write a new story every time that focuses on one crime and how it is solved.

What if you feel a series is beyond you? Can stand-alone novels work as well to hook readers? One way of doing it is to give the bit part characters in the first book a starring role in another one. Your reader already knows your bit-parters, you’ve got that character’s backstory already, and you don’t need to worry about continuing a narrative arc over a series.

Marion Keyes has used this model for some of her fabulous books. Watermelon, Rachel’s Holiday, Angles, Anybody Out There, The Mystery of Mercy Close and Mammy Walsh’s A to Z of the Walsh Family are all separate and yet connected books about sisters (and their mother) and their different problems and how they solve them.

The ‘old’ reader knows a little bit about each sister from previous books and remembers; the new reader finds warm, likeable characters and relatable situations, and wants to read more.

I find plot structure and the narrative arc difficult enough as it is, which is why I don’t want to write a series. But the characters I’ve previously written about often scream for attention. I finished a book recently about a sixteen-year-old girl and her coming of age in a small Scottish town. I fell in love with the male character I wrote and decided he deserved his own story.

Heroine number one found her feet in the story, transitioning from one phase of her life to the next. The guy in my book didn’t, so I felt it was time for him to do some growing up all of his own. The second book was a breeze to write.

I’m now looking at the bit characters in the second book to find my next leading lady/gent. There’s Dee, a 30-something who might be interesting to look at twenty years later, or Lillian who’s loves interfering in other people’s lives as a way of distracting herself from her own issues. Or what about a real challenge – a transgender guy struggling to shake off the shackles of a hyper-masculine, working-class background?

The great thing about this model is that always lends itself to future stories. And you can indulge yourself by allowing readers to catch-up with previous protagonists and antagonists. You can undo the last happy ending, for example, or you can make sure an antagonist gets his or her just desserts at a later stage.

The possibilities are endless!