Thanks to the Friends revival on Netflix* and shows such as Derry Girls, the 90s are enjoying a moment. I’m grateful as I’ve just written a book set in the early 90s, and I’m hoping that fondness for the decade will spill over and translate itself into sales.

In the meantime, let’s do a list of terrific 90s things… 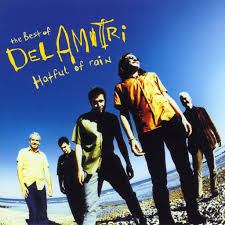 Jolly memorable lyrics – it’s the curse of age to look back on the era when you were young and think that’s when the best music occurred. I don’t. I promise I’ve sung along to George Ezra’s Shotgun all summer as it’s so darn catchy. But remembering those 90s songs to conjure up the world as it was then brought back some powerful memories.

My favourite 90s lyrics include:

So move away, Jimmy Blue, before your small, small town turns around and swallows you.

Wake up the dawn and ask her why? A dreamer dreams she never dies.

I feel stupid and contagious. Here we are now, entertain us.

Ever seen a young girl growing old? Trying to make herself a bride.

Zephyr in the sky at night I wonder. Do my tears of mourning sink beneath the sun?

I could go on, but we’d be here all day. And just to keep things challenging for you, I’ve not specified the song… 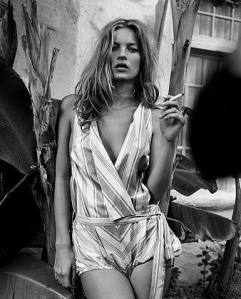 Kate Moss—the world’s coolest super-model, and the woman for whom the term heroin chic was coined. Those cheekbones! Those elbows sharp enough to injure a person!

The shift dress – see above for the woman who won the top prize for styling out appearing in public in what looks like your nightie.

Blur versus Oasis—yes, you were meant to choose a team and stick with it. I weighed up Damon Albarn’s gorgeousness versus Liam’s singing technique (I defy you to watch what he does with a microphone and not end up hot and bothered) and came down slightly in favour of Oasis.

Double denim. It was a thing. Match your jacket to your trousers for effortless style. Even better, do a Brittany and Justin and wear it together. No-one will laugh or think it’s naff. Oh no, they won’t. 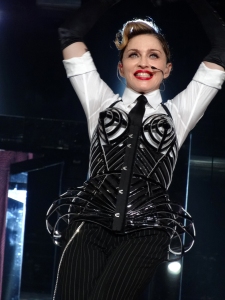 Madonna. That coffee table book**. The Erotica album every young 90s woman bought and left lying around, even when singing along to Hanky-Panky felt problematic. The pointy-bra you wished you had the confidence to wear.

Artists Town is out now. You can buy it here (UK) and here (US).

*Many of us in the UK will argue Friends never went away; cf Comedy Central and Gold Friends groundhog day.

**Nowadays, she writes kids’ books. My 90s self rolls her eyes.

4 thoughts on “A Wee Trip Down 90s Memory Lane”