Lousy pun above, hmm?! I thought I’d try my hand at some erotica recently. How hard can it be (sorry!), I thought to myself. No need to worry too much about a plot, just put in TONNES of sex and it’ll be fine!

There’s a real niche market for erotica on the Kindle. That’s why it was invented, really, so people could read dirty books during their commute and none of their fellow passengers would be any the wiser. All the best-sellers appear to be self-published, and their covers have a home-made feel to them. Writing erotica appealed to me, as it seemed like a low-cost way to publish and make money.

Once you’ve done your four or five sex scenes, everything else feels repetitive, a rehash of sex scene one or two. And it all gets so contrived. Perhaps regular readers of erotica don’t mind the contrive-ity of it all, but it bugs me. You read something and think, “Oh for heaven’s sake, they can’t possibly have sex here or again!”

I keep thinking of that award that is given out to writers annually, the Literary Review’s Bad Sex in Fiction. (Though, luckily for me, it’s only given to high-brow fiction writers, and I don’t put myself in that category.)

This year’s contenders include this one…

He puts his hands on Bianca’s shoulders and slips off her low-cut top. Suddenly inspired, he whispers into her ear, as if to himself: ‘I desire the landscape that is enveloped in this woman, a landscape I do not know but that I can feel, and until I have unfolded that landscape, I will not be happy …’

Bianca shivers with pleasure. Simon whispers to her with an authority that he has never felt before: ‘Let’s construct an assemblage.’ From The Seventh Function of Language by Laurent Binet

The Literary Review chose this one in the end,

The Destroyers by Christopher Bollen

On the stone porch, in the hot, mountain air, we grapple with our clothing, which, in the darkness, becomes as complicated as mountaineering gear. Her black shirt around her neck, mine unbuttoned, our shorts and underwear slid to our ankles, we seem to be moving at avalanche speed and also, unfortunately, with avalanche precision.

So, writing about sex is something most people struggle with. Interesting to note too, that the majority of this year’s contenders are men.

Will I continue to write my own erotica, the imaginatively titled Unnatural Desires? I’m loath to not finish something I’ve started. And a challenge is good, right?

Then, there is that demand thing. As I said, the bulk of erotica available on the Kindle appears to have been written by indies. Maybe the quality control element isn’t so essential here. That’s not to say there isn’t such a thing as well-written erotica, just that perhaps erotica readers aren’t so bothered by the narrative structure and character development?

Do you have any examples of badly-written sex scenes, or contrarily are there are any writers you think create great sex scenes? I think Fiona Walker does them really well, for example. I’d love to know your thoughts. 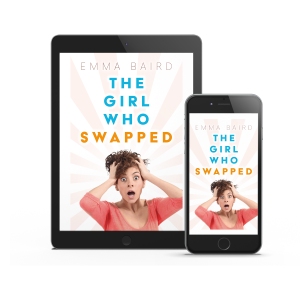 Fancy a light, summer read? The Girl Who Swapped is now, officially, for sale. There’s an e-book and a paperback version will follow once I’ve got over the heebie-jeebies premonition where I open a brand-new version of it and there’s a glaring error on the front page.

Here’s the blurb to give you an idea of what The Girl Who Swapped is all about:

What do you do when you find yourself in a strange body and a different life?

Lottie and Charlotte are not having a good morning. They’ve woken up in unfamiliar beds. Not to mention, unfamiliar bodies. What is going on?

At least Lottie’s boyfriend, Josh, is by her side. If only Lottie didn’t have this nagging feeling that something important happened last night, but she blew it…

Charlotte feels terrible. She’s woken up with a hangover of gargantuan proportions. And where the hell are her husband and children?

The two heroines must work out what is going on. Along the way, there will be tempting encounters, full-on flirtations, Hollywood stars, riotous parties, blackmail and far too much champagne.

Come along and enjoy the adventure!

My emails this morning included one from a book services site – first article, why publishing in the holidays is a bad idea for new authors. And a knock-back from an agent.

OK, OK – this one is a bit of a misnomer in a blatant attempt to try and get more search engine hits. I am, in reality, a brazen, attention-seeking hussy who will stop at nothing in my quest to make the world sit up and notice.

(I should have called this post how to self-publicise, rather than publish really.)

Anyway, I am jolly excited today because publication of my own book is indeed imminent. It would be foolish to name a date, but the moment of holding a hard copy of Katie and the Deelans in my hands creeps ever closer. Excitement reigns in the highheelsandpinkglitter household. 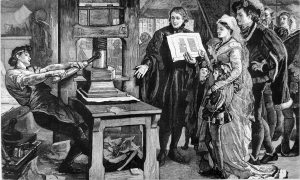 Yup, the gent on the left demonstrates the ease of getting published first time.

There’s a saying about press & PR (it being dead an’ all) that companies or brands are no longer content trying to get published, they are publishers in themselves and the same can apply to writers. Why bother with the faff that is agent-hunting [cue: different submission versions required for each, plus the wait for replies, plus the generic rejection emails] when you can cut to the chase AND not have to hand over a fair whack of your sales? 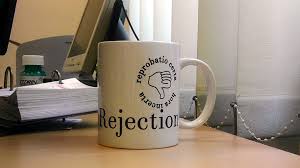 Thanks to mywritingblog.com for this image.

My own route to self-publishing goes like this… Write a book. Phew – that’s the difficult bit over and done with, hmm? Ah no. Re-write book once. Re-write book twice (this time stripping out a lot of excess stuff, even though it made me want to cry).

Use social media. I found a publisher through LinkedIn, specifically the small and perfectly formed Comely Bank Publishing, a publishing firm aimed at creating opportunities for Scottish-based authors.

[There are specific resources on this site designed to help new authors think about some of the issues surrounding publishing.]

Thirdly, find a professional proof-reader. I looked through elance. I work on elance so seeing it from the other side was interesting and enlightening (and I also picked up some tips for how to structure my proposals from now on).

And next? Well, next is apply the changes from the proof-reader, make a cover design decision and then… PUBLISH. And flippin’ self-promote like mad.