I’ve been writing about blokes again. See what you think… 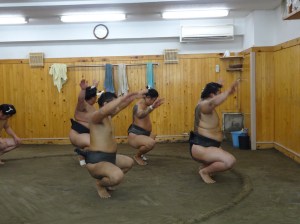 “Dinnae round your back like that when you squat Mrs A,” Nate Walker said the words automatically. He wasn’t paying his client full attention, mulling over what he needed to do to take his personal training business in a new direction.

Mrs A, attempting to squat while holding onto a not insubstantial kettle bell, grimaced at him. “The weight you’ve given me is too heavy,” she panted. “That’s why my form’s gone out the window.”

Ah well, perhaps he really ought to concentrate on the woman who was paying him a hefty hourly fee. He folded his arms and shook his head. “C’mon. You can lift that nae bother. You managed it fine before Christmas.”

Mrs A – or Elizabeth Armstrong to give the woman her proper title – executed another poor form squat and put the kettle bell down. They were exercising in Nate’s Giffnock studio – the space he had just above the hairdressers in the high street. It wasn’t a massive amount of room, but then fitness didn’t need it as far as Nate was concerned. It only required imagination and judicious use of the space and equipment you had at hand.

His studio featured a sprung floor, a couple of treadmills, a rowing machine, a weights rack stacked with dumbbells, Swiss and bosu balls, and TRX suspension training bands. Ideally, he’d have liked a vibration plate as the fast vibrations intensified any exercise the user did on it, but with everything he had already, he could create inventive and effective routines.

From the way Mrs A was scowling at him now, she’d definitely agree that a lack of space didn’t mean that you got an easy time at his studio.

He supposed he’d better ask after her Christmas. She was his longest-standing client after all, and he remembered that she’d told him her husband Ronnie was planning to whisk her away somewhere for New Year.

“Did you get away for Hogmanay then?” he asked. Mrs A was married to one of the wealthiest men in Glasgow. Ronnie Armstrong owned property, as well as the majority shares in a huge building firm that had somehow come through the recession unscathed. The two of them enjoyed a lavish lifestyle that included a huge house nearby, regular trips abroad, race horse ownership, large cars, boats and all the other trappings of the wealthy. Nate supposed he was one of those other trappings. Mrs A was part of the rich Glasgow set who were on the boards or fundraising committees of various charities. Such membership meant lunches, dinners, balls and fashion shows where you booked a table and then spent the night bidding outrageous sums of money on tat such as signed Old Firm football shirts – or a block of sessions with the likes of Nate. Mrs A liked to be able to squeeze into her size 10 dresses for those events.

Relieved that he didn’t seem inclined to make her do any more torturous squats, she nodded. “Yes we did, and Christmas! We went ski-ing. Bloody marvellous. The McCluskeys joined us, and Avril and her husband of course.”

“Avril’s going to be in town for a while actually,” Mrs A continued, watching him carefully. “She starts filming in this country in the next few months, would you believe. I s’pose she’ll need to get in shape for that.”

He knew what she was up to. She wanted him to beg, or be suitably grateful. “Oh god Mrs A – could you get me an introduction to her? Could you do that for me, please? Oh that would be so good.” END_OF_DOCUMENT_TOKEN_TO_BE_REPLACED